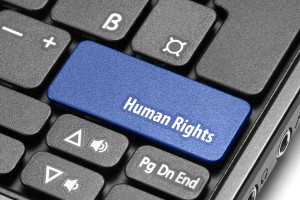 BURNABY, B.C. – The BC Human Rights Tribunal (BCHRT) has rejected Tim Hortons’ attempt to duck responsibility for discriminatory treatment of its temporary foreign workers by hiding behind a franchise store.

Tim Hortons filed an application to dismiss a complaint brought forward by the United Steelworkers (USW) on behalf of a group of workers from the Philippines working at the company’s Fernie, B.C. location by arguing it could not be held responsible for the conduct of its franchisee. The BCHRT has dismissed that application and the complaint is now proceeding to a hearing.

The USW filed the human rights complaint after learning that these workers were being denied overtime premiums, given less desirable shifts, threatened with being returned to the Philippines and forced to rent accommodation from the restaurant owners.

“Tim Hortons wants their name to be synonymous with Canada, but there is nothing Canadian about the disgraceful treatment suffered by this group of workers,” says Stephen Hunt, Director of the United Steelworkers for Western Canada.

Hunt says this is another example of the abuse that is commonplace in the Temporary Foreign Worker Program.