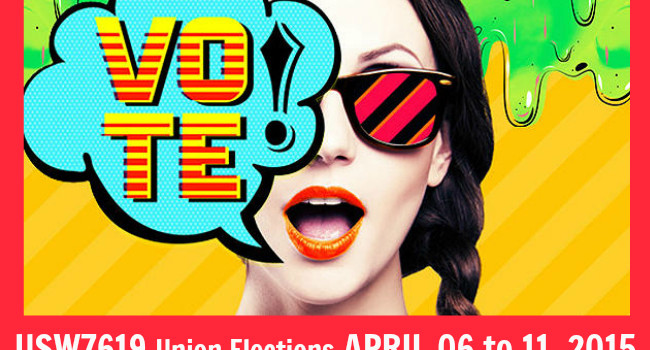 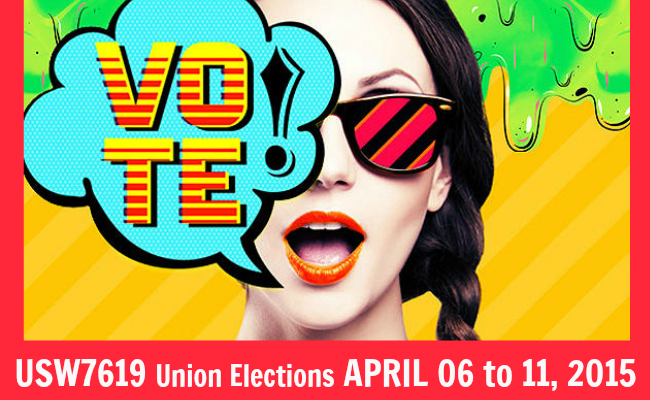 April 2015 is the year for Local Union elections in the Steelworkers organization.

Local Union Officers To Be Elected Are:

Members on WCB, Long Term and Short Term Disability, leave of absence, vacation, will have access to a voting station as follows: