Stave Lake Quarries charged with criminal negligence in death of Kelsey Anne Kristian. Charges are believed to be the first of their kind in B.C. in a workplace death. 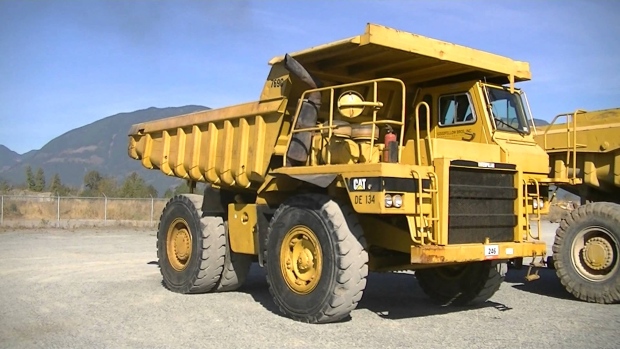 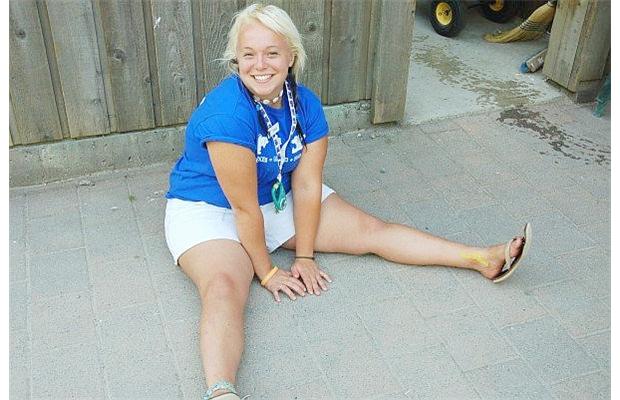 An undated photo of Kelsey Kristian, victim of an accident in May at the Stave Lake quarry near Kamloops.

B.C. firm Stave Lake Quarries and two individuals are facing a rare charge of criminal negligence in the 2007 death of Kelsey Anne Kristian, who was killed on her second day working at a quarry.

Kristian, 22, died when she was pinned by a runaway truck at Stave Lake Quarries in Mission. A Ministry of Energy and Mines analysis later concluded the young woman wasn’t provided adequate training or supervision. “We think this is an appropriate response to what was a terrible, tragic accident,” said B.C. Federation of Labour president Irene Lanzinger of the criminal charges laid. “We have long held the view that employers who are negligent and cause the serious injury or death of workers should be criminally prosecuted.”

The case is believed to be the first time in B.C. in which a company has been charged criminally in connection with a workplace fatality.

Second day on the job

The firm — Stave Lake Quarries Inc., 426969 B.C. Ltd — along with James Derek Holmes and Garry Glen Klassen, was charged on March 15 and made a first appearance in Abbotsford provincial court this week. A lawyer for the defendants did not return a call for comment.

B.C. Federation of Labour president Irene Lanzinger says the Criminal Code should be used to prosecute companies for negligence. (Irene Lanzinger). According to a 2012 coroner’s report obtained by the CBC, Kristian started working at the quarry on May 16, 2007.The next day, she was driving a Cat 769 rock truck to haul material from one end of the pit to a rock crusher 500 metres away.”She did not have previous experience with heavy trucks or quarry equipment. The instruction was provided by the pit foreman and another equipment operator,” coroner Tom Pawlowski wrote in his report.

“It consisted of a demonstration of the vehicle functions, braking systems and rock dumping procedures.”

The report says Kristian then rode alongside another operator for two hours, after which she was placed at the wheel while the other worker watched from the passenger seat. “Following this introduction, Ms. Kristian was allowed to operate the truck on her own, with limited oversight from the other workers who were operating other equipment.”

According to the coroner’s report, Kristian made several trips before the accident happened. Work had been suspended and she was told to park the vehicle and await further instruction. She parked the truck for nearly two hours at the crest of the hill, with the engine turned off. The transmission was in neutral, the mechanical parking brake wasn’t set and there was no wedge set beneath the wheel.

Kristian was standing on the running board and cleaning the window when the truck started rolling down a 10 per cent grade.

“The vehicle travelled approximately 50 metres when its front wheel struck a rock berm and flipped onto its side,” Pawlowski wrote.

“Ms. Kristian was pinned under the cab and soon became unresponsive.”

“Analysis of the incident by the Ministry of Energy, Mines and Petroleum Resources … concluded that Ms. Kristian was not provided with adequate training or supervision,” Pawlowski wrote.

“Specifically, there was no evidence that she had been properly instructed to use safe procedures for parking the vehicle.”

Workplace criminal negligence charges are rare in Canada, despite amendments passed to the Criminal Code in 2004 to make it easier to impose criminal liability on corporations for workplace injuries and fatalities. The amendments were made in the wake of the 1992 Westray mine disaster which left 26 miners dead in an explosion caused by a build-up of methane gas and coal. In 2013, Ontario’s Court of Appeal imposed a $750,000 fine on Metron Construction Corp. in relation to the deaths of four migrant workers who fell from scaffolding in 2009. It was the first time criminal charges were used in Ontario to hold a company responsible for a worker’s death.

Crown counsel spokesperson Neil MacKenzie said about 10 workplace fatality files have come before B.C. Crown in the past decade, but none were approved for criminal charges. Some have resulted in provincial regulatory charges. WorkSafeBC was criticized after the deaths of four mill workers in two separate explosions in 2012 failed to result in any criminal charges.

In 2011, two companies and four individuals pleaded guilty to violating provincial workplace safety laws in connection with the 2008 deaths of three men at a mushroom farm and composting facility. “In every one of those cases, we have said there should be charges and – if indeed employers are found to be negligent – then they should face very serious penalties including jail time,” Lanzinger said.

Kristian’s family did not want to comment on the charges.  None of the allegations has been proven in court.


Notice: WP_Scripts::localize was called incorrectly. The $l10n parameter must be an array. To pass arbitrary data to scripts, use the wp_add_inline_script() function instead. Please see Debugging in WordPress for more information. (This message was added in version 5.7.0.) in /var/www/wp-includes/functions.php on line 5313