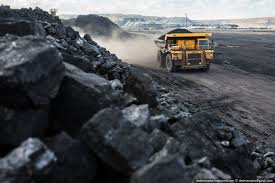 BY JOHN COLEBOURN, THE PROVINCE

Residents of the northeastern B.C. community of Tumbler Ridge are keeping a close eye on the price of metallurgical coal these days.

That’s because in the upcoming months, Chinese mining giant HD Mining International Ltd. is expected to make a final decision on whether it will go ahead with the $688-million “long-wall” Murray River coal project.

Tumbler Ridge mayor Don McPherson said his region is struggling with high unemployment as existing coal mines in the area remain idle with the low price of coal.

“We sure need this project,” McPherson said. “We have nothing going on with mining right now.

“If the price of coal goes up, people go to work, and when it goes down there are layoffs.”

But McPherson said the decision by HD Mining to extract the coal in the “long-wall” underground type of mining could prove economically viable even if international prices for coal remain weak.

Just days ago, Environment Minister Mary Polak and Energy and Mines Minister Bill Bennett granted an environmental assessment certificate for the Murray River project, stipulating there would be 24 conditions made through the B.C. Environmental Assessment Office.

McPherson wants to see a training centre set up in his region so that mining companies can hire people who are trained locally.

“I think it is up to the province to step up and put in a training centre here,” said McPherson. “It is some of the best coal in the world there,” he added.

When the Murray River project was first being developed, HD Mining brought in hundreds of foreign workers to help with the core samples and startup phase.

In 2012 two B.C. labour unions took HD Mining to court over the hiring of temporary foreign workers at the Murray River operation. The unions argued that HD Mining did not do enough to hire locally. A federal court judge dismissed the case in 2013.

Stephen Hunt, director of the B.C. division of the United Steelworkers, said the union remains concerned about HD Mining’s plans for hiring if the project moves forward.

In the first phase of hiring, Hunt said, people who did not speak Chinese were left out. “More than 300 applied and the criteria for getting the job was you had to speak Mandarin,” he said. The company said at the time there were no Canadian workers with experience in long-wall mining.

“We can be readily trained in long-wall mining,” he said.

In long-wall mining, coal is mined underground in a single slice from a length of a tunnel wall.

Norm Macdonald, the provincial NDP mines critic, is also hopeful that Canadians get the jobs.

”Let’s train our own workforce,” said Macdonald, adding that the Tumbler Ridge area could benefit for many years if the Murray River project goes ahead.

“We are talking about a project that will go on for decades,” he said.

At the time of the provincial approval, Bennett said they expect the mine to produce up to 4.8 million tonnes of coal per year and the company estimates the project will add more than $1 billion in total provincial tax revenue.

“I think it’s also important to recognize that this mine, the first underground long wall coal mine in B.C., will provide access to a huge quantity of high-quality steelmaking coal while having a much lower impact on our environment,” Bennett said in a statement.