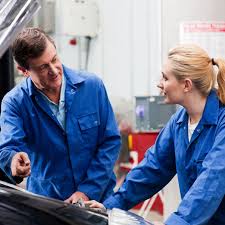 Apprenticeship placements finally get a boost

VANCOUVER – The BC Federation of Labour says the government’s commitment to have apprenticeship placements on public projects is a good first step to providing more opportunities for on-the-job training in BC.

“This announcement is long overdue,” said Irene Lanzinger, President of the BC Federation of Labour. “Government is uniquely positioned to bridge the gap between training and the required apprenticeship placements. I am pleased to see the government finally take some steps in that direction.”

“There is huge opportunity to support trades training while building our province,” said Lanzinger. “But aspirational goals are not enough, we need to see minimum requirements set for the number of apprentices on a project.”

The government announced that all public capital projects must commit to using apprentices on projects over $15 million, but did not set targets as part of this new policy. The announcement did include important provisions for regular reporting and a financial penalty if a contractor fails to provide opportunity for apprentices on a project.

The BC Federation of Labour has been actively calling on the government to introduce a quota of 25% apprenticeships on all public projects.

British Columbia is simply not producing enough journeypersons to meet the long-term needs of our province. Government is continuously investing in public infrastructure projects that have the ability to support a large number of needed job placements for apprentices.

Lanzinger noted that the BCFED will continue to advocate on this issue to ensure the soft goals outlined in today’s announcement turn to hard targets.

“This is about providing opportunity and ensuring we are training the next generation of trades people. The government must commit to advancing this program with the goal of having concrete targets built into the bidding process.”

Attached is the BCFED background: Public Role in Apprenticeships